Ubermeister are a stunning and dynamic five piece party and function band from the south of England.

Mixing a vast but eclectic blend of timeless pop and rock covers, performed to the highest standard. A band with soaring harmonies, exquisite guitar playing and the tightest of rhythm sections fronted by  cool, charismatic, male and female vocalists. Ubermeister are sure to keep people dancing all night long.

The guys and gal have extensive experience in the music industry having worked with the likes of Taylor Hawkins(Foo Fighters), T Rex, New York Dolls, The Hoosiers, James McCartney (Macca’s son!) and Toploader to name but a few. From touring the world to BBC television and radio sessions, this professional outfit exude confidence on stage.

The band has a wide-ranging repertoire covering the last 70 years of popular music, everything from The Beatles to Bruno Mars, The Ventures to Jessie J, with a little bit of Michael Jackson and Lionel Richie in between. They are always adaptable and friendly and will go out of their way to ensure your event is the best it can be. 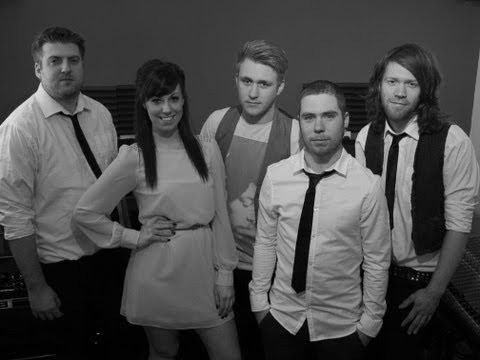 Sorry, Ubermeister doesn't have any photos right now Send us an enquiry and we'll get back to you, or check out the rest of the act profile.

Sorry, we don't have a setlist for Ubermeister yet Send us an enquiry and we'll get back to you, or check out the rest of the act profile.

Ubermeister were a truly fantastic band! It was a shame that they had to compete with such fantastic weather and outdoor space that the venue provided, but everyone has commented how great the music was. Lovely people, and talented musicians. We will be recommending them to anyone looking that's for sure!Sebastian Harding - Groom

I went to see our band Ubermeister play at an event in Lincoln last night. They were very professional, filled the dance floor from their first to last song and I got a lot of very positive feedback from people at the event and the organisers.

They?re very much a generic young ?functions? band, playing a wide range of material and keeping the audience on their feet. They are very tight, solid musicians (didn?t spot a mistake all night), with a good blend of female and male lead vocals and some nice harmonies on backing vocals. All of the singing was perfectly in tune. It makes such a difference. They?re also really nice, young people with a polite and professional attitude that went down really well with the organisers and staff at the venue.In short, they were a credit to Hireaband and I personally felt a strange sense of pride when they filled the dancefloor.Mark Waldie - Director Hireaband East Midlands.