The Rebel Party Band are from Birmingham, but they're available all over. Whether it’s your wedding day, birthday bash or you’re just looking for a good time, they’ll give you a party to remember. 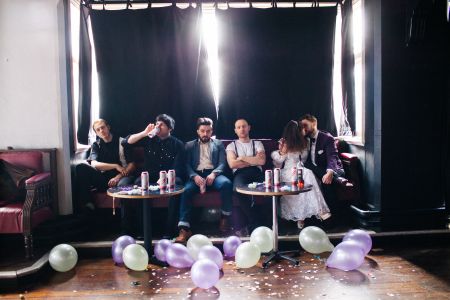 They have been described as “The antithesis of Mustang Sally warblers” on Elle UK, which describes them perfectly!

They are an alternative to your usual wedding & party entertainment as they play a whole host of tunes you know but with a rockier more edgy style! This 4-piece of guitars, bass, drums and male vocals are a dynamic raucous party band playing tunes from The Black Keys, The Strokes, Arctic Monkeys and more. 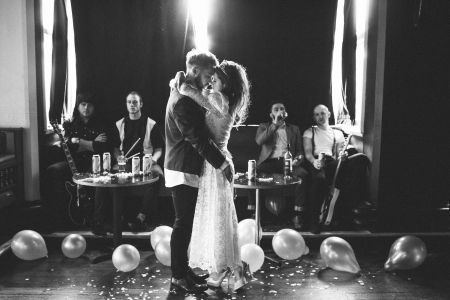 The tunes they play are perfectly styled for jumping around and singing to. They even play a couple of party classics in their own style including 9 to 5 by Dolly Parton and Superfreak by Rick James. They also love a request or two, Enquire Now to see if they can put the Rebel's spin on your favourites! 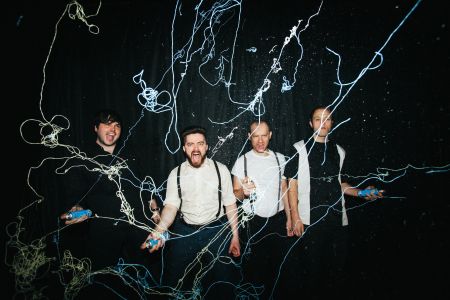 This band are perfect for any wedding that wants to go out with a bang! If you’re looking for alternative wedding entertainment The Rebel Party Band are definately the band for you. 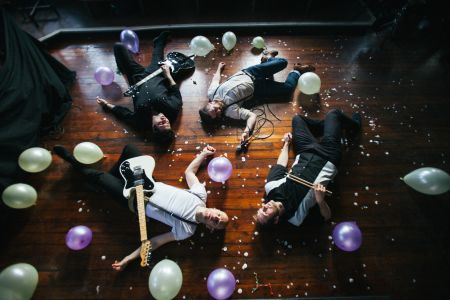 Bands as good as this get booked up very quickly, so Enquire Now and tell us what sort
of party you're after. There's a phrase The Rebel Party Band use which pretty much sums them up and we'll leave you with it... "til death do us party."

Sorry, The Rebel Party Band doesn't have any videos right now Send us an enquiry and we'll get back to you, or check out the rest of the act profile.

Sorry, The Rebel Party Band doesn't have any photos right now Send us an enquiry and we'll get back to you, or check out the rest of the act profile.

Sorry, we don't have a setlist for The Rebel Party Band yet Send us an enquiry and we'll get back to you, or check out the rest of the act profile.

Dear Rebels, Thanks you so, so much for providing the most excellent entertainment ever at our wedding! We have never danced so much! Our first dance was so perfect and everyone?s still talking about the music. Keep on jivin?, lots of love Sarah & Ian. PS. Sorry for storming the stage. PPS. Soz Greg for picking up your geetar.

Thanks for playing a wicked set for us! Everyone had a great time! Chris, 21st Birthday, Coventry