Robert is, in our opinion, the Essential Frank Sinatra Tribute. Robert redefines the meaning of a tribute act - this is not what the market has come to expect.  This is a polished, meticulous and sincere tribute to perhaps the greatest entertainer of all time; Frank Sinatra.

Robert's own natural singing voice bears an uncanny resemblance to that of the man himself and his slim, debonair appearance immaculately turned out, does justice to the King of Cool!

This show is so accurate and delivered at such a high level that to be frank (ouch!) it's not going to be for everyone.  Robert's pedigree and list of previous clients, not to mention the quality of performers he's worked with, takes this show out of the reach of many.  However, if you've lavished time, effort and money on an event and it needs spectacular entertainment to match, then call us and book Robert Scott, he won't be available for long.  Vegas beckons!

Add Robert to your shortlist and get an instant quote and date check online now! 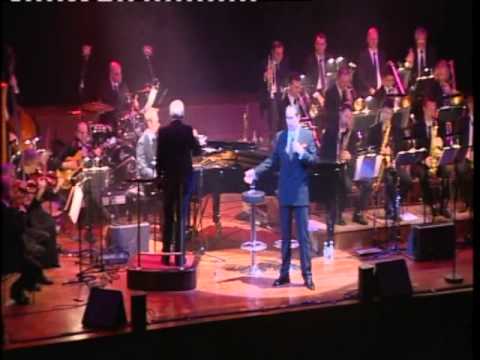 This is just a flavour of the style of music we play. To listen to our demos click/tap the “Tracks” tab
1.Every single Sinatra hit you can think of!

View your wishlist (0)
The Essential Sinatra

Robert Scott was fantastic! We received really good feedback from customers and would not hesitate to use again in future.

Excellent service from Hireaband, the artist himself was flawless. Very happy with everything and will recommend your company and Artist to friends and family. A++