The Voice, The Songs, The Look, The Costumes, The Moves, The Mannerisms, when it comes to "Rod Stewart Tributes" they don't come any more authentic than The Definitive Rod Stewart

A full show packed with Rod Stewart songs stretching back to 1969 and the classic "Handbags & Gladrags" to songs from the 2018 album "Blood Red Roses".

This first class "Rod Stewart Tribute Show" is in great demand both in Spain and in the UK. A fantastic nights entertainment, The Definitive Rod Stewart will have you singing, dancing, clapping, cheering, laughing & crying all in the same night as he takes you on an amazing musical journey covering 5 decades of incredible songs from the legend that is "Sir Rod Stewart" 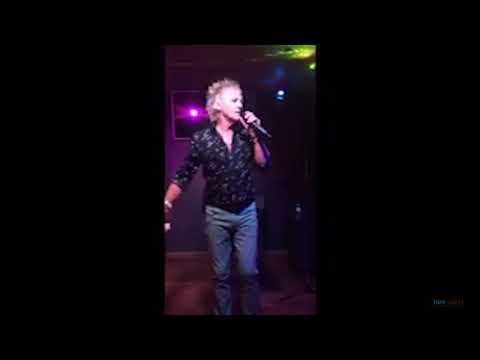 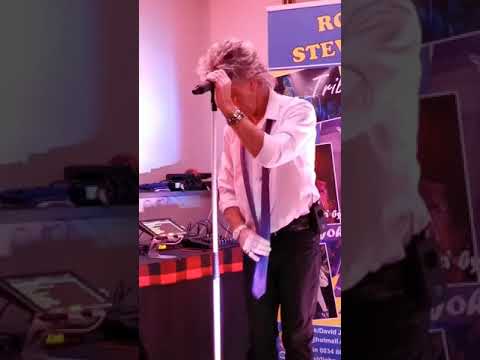 Sorry, we don't have a setlist for The Definitive Rod Stewart yet Send us an enquiry and we'll get back to you, or check out the rest of the act profile.

What a nice bloke, The Definite Rod really was Rod Stewart, he engaged with the audience getting even the most reluctant of participates into the dance floor, clap or sway, making my mother-in-law the talk of the bowls club.

We all thoroughly enjoyed the entertainment and would highly recommend David Williams aka Rod Stewart to everyone.

We hired David for my mums 60th birthday party and every aspect from start to finish was extremely professional and better than we could have imagined.
Would highly recommend, great service! We will certainly book again

Although this review is long overdue I still wanted to take the time to write one so I can express how brilliant the show was and how grateful I was for The Definitive Rod Stewart coming to perform at our garden party last year in September (when we were allowed). The party was a very small event for my mums 60th (not what we’d planned but we still wanted to make it special) and despite there being limited numbers (due to the restrictions) he made it sensational!!!!! The atmosphere was brilliant and everyone had the biggest smiles on their face (half of the village also enjoyed the performance from their own gardens). He even made the sun come out. I would highly recommend booking David for any event, big or small as it will be electric ???? Thank you again and I hope to come to another one of your events

Such a great showman. Everyone was up dancing, singing along and clapping their hands and joining in. The atmosphere was electric, I didn’t want the night to end

Wot a fantastic night at Travellers Rest in Featherstone...Well Done Dave...2 great sets of Rod Hits...Really looking forward to Boxing Day at Ponte Con Club.... 'All the Best' pal...great meeting up with ya.!