Not just another wedding or party band, The Coolers redefine what you can expect from a covers band. 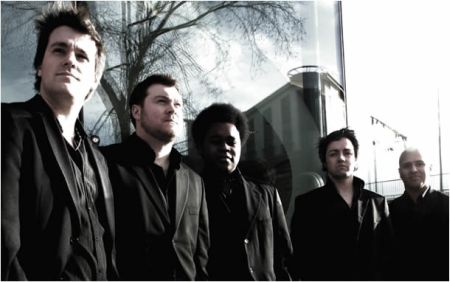 With powerful vocals and a commanding stage presence, the boys put on an incredibly energetic spectacle that really gets any crowd going. They have a vast and eclectic set list, ranging from the 60s through to songs from the charts today and they always have their own slant on songs, so sets are always different from the average cover band.

Performing at over 100 top gigs a year, including about 70 weddings, the band are vastly experienced for their age. The standard 5 piece lineup, includes one of the country's finest saxophonists, which again is something that differs them from many of their peers. 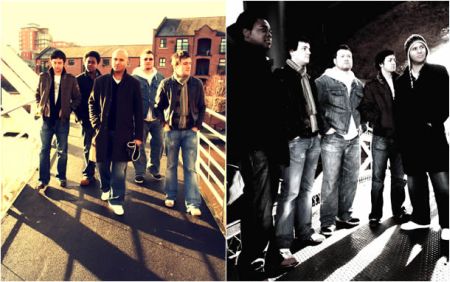 In 2007, our very own lead singer Gavin entered X Factor, and reached the last 12 of the Over 25s category. Progressing through 3 auditions, he was dramatically let go from the show before the 'judges houses' round of auditions.

For a direct price quote from the band, click the Enquire Now button or why not add The Coolers to your shortlist to get a number of quotes direct to your inbox.

Sorry, The Coolers doesn't have any videos right now Send us an enquiry and we'll get back to you, or check out the rest of the act profile.

Sorry, The Coolers doesn't have any photos right now Send us an enquiry and we'll get back to you, or check out the rest of the act profile.

This is just a flavour of the style of music we play. To listen to our demos click/tap the “Tracks” tab
1.Songs
2.Angel of Harlem
3.American Girl
4.Black and Gold
5.Black magic Woman
6.Brown Eyed Girl
7.Come Together
8.Crazy Little Thing Called
9.Dancing In The Moonlight
10.Day We Caught the Train
11.Dreadlock Holiday
12.Englishman in New York
13.Everybody Changes
14.Forever in Blue Je

View your wishlist (0)
The Coolers

We just wanted to say a huge thank you to you and the band. It was absolutely incredible and really made the day. I have never seen so many people dancing and having such a fantastic time. We booked you on a recommendation and we will certainly be recommending you to anybody who asks. Not only were the band fabulous but your DJing was excellent and you really judged the crowd well. I'm sure you could tell that the request for some Take That went down a treat.

Again than you for an unforgettable experience and we hope you recognise your new fans at some of your upcoming gigs.Mr and Mrs Narburgh, Adlington Hall

"Hello Gavin, We would like to say a massive thank you for the Music you played at our wedding last night!!The Coolers got the party started and kept the atmosphere on a high!! Everyone commented about how amazing your performance was.Many Thanks again, and as soon as we have a few decent shots we will be sending them to you.Hope you enjoyed your Night as much as we did :)" Carrie and James Richardson, West Tower, Ormskirk

Just wanted to say a big thank you to you and your band for playing at last Friday's Matalan Winter Wonderland Evening, the feedback has been amazing and everyone was up dancing as soon as you guys started! We raised over

Sian and I wanted to send you an email to say a great big thank you for Saturday. Both 'King & Jones' and 'The Coolers' absolutely rocked and we can't thank you enough for your contribution in making our Wedding Day such an absolute cracker. We'll pass your details on at every opportunity and may well venture over to the other side of the Pennines to hear you play again. Happy for you to give my contact details on to anyone who's seeking reassurance or simply asking if you're any good. Thanks again to you and the rest of the band.Nick & Sian

Louisa and I just wanted to say a HUGE thank you again for the amazing time we had with The Coolers on Saturday...I can't believe how the place rocked!!!! Everyone was talking about it during the rest of the night until we all got to bed at 3, and the next day too. Three encores!! It will be a big lasting impression from our incredible wedding day and I'm so glad you were available! Please send me a link for a review and I'll get it done for you.

OMG thank you so much for Sunday you guys are fantastic and Mason was so happy he told his school teachers he was in a rock band!Jessica Acton Wedding @ Styal Lodge

I just wanted to say a massive thanks

Just wanted to say thank you very much to you and and the band for playing at our wedding on the 19th of May. We really enjoyed the sets you played and we know all the guests did too. You judged the crowd brilliantly and got everyone on the dance floor going! We also really appreciated how professional you were before in dealing with our questions as well as on the night. We look forward to coming along to some Coolers gigs soon! Louise and Will