A versatile string duo who are adapt at performing in many styles, including Classical,Â Jazz, Folk, Film Music & Pop. Suitable for background music or a more lively performance. 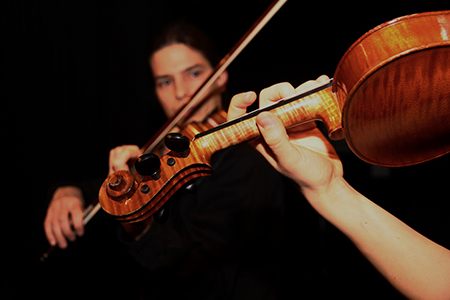 Scherzo Strings are a versatile acoustic Violin duo who can provide well balanced background music for any type of event, whilst enhancing those precious moments!

Scherzo Strings was founded by violinists Pablo Castro and Talia Ramos, graduates from the Conservatory of Music Eduardo MartÃ­nez Torner, which is associated with the University of Oviedo, Spain. Since they finished their studies, the duo have played in different professional orchestras and chamber groups such as: Jeunesses Musicales University of Len, Millennium Orchestra of Gin, Liceo Orchestra of Barcelona, Oviedo International Youth Orchestra, Asturias Symphony Youth Orchestra and Covent Garden Chamber Orchestra in London. 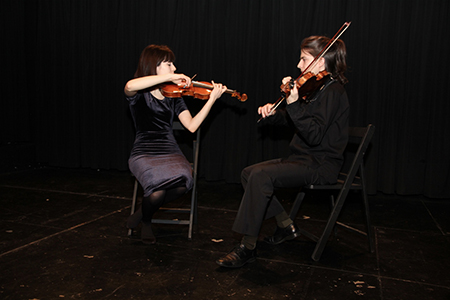 As a Violin Duo they have given numerous recitals around Spain and England, including a tour performing as soloists in Bachâs Concerto for two violins with Jeunesses Musicales University of Len. Since they moved to London in 2011, Scherzo Strings have performed recitals and workshops in venues such as Burgh House, The Birchwood Centre, Rosslyn Hill Chapel, as well as provided live music for Weddings, Private Parties to Corporate Events.

With an extensive repertoire, Scherzo Strings can be flexible in adapting the programme to suit your event. From Classical, Light Music, Jazz, to Folk and Film Music; most of the pieces are arranged by the duo, so if there is something in particular you would like them to play that is not on their list, they can arrange it providing enough notice is given. 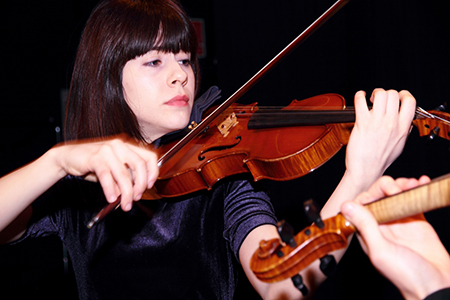 Also available as a trio with added Cello.

To find out more then enquire now or add them to your shortlist.

Sorry, Scherzo String Duo doesn't have any videos right now Send us an enquiry and we'll get back to you, or check out the rest of the act profile. Sorry, we don't have a setlist for Scherzo String Duo yet Send us an enquiry and we'll get back to you, or check out the rest of the act profile.

We are so pleased to have found you, the sound of the violins was exactly what we were looking for, and the mix of music was perfect. Everyone was commenting on how good you were! We will happily recommend you to friends and family, all the bestKatie, Muswell HillWe have had the pleasure of seeing Pablo and Talia in concert and look forward to hearing them again. Their playing is so beguiling and they have introduced us to composers whose works I not been familiar with previously but will now seek out because of their beautiful playing.Noelle A, Hertfordshire