A 50's retro rock n roll rollercoaster of a band; Nark Drool and the Shudders. Give a band a bad name but a great reputation and this is the rocking result! Nark Drool and the Shudders came together at Thames Television in Teddington in 1976 when three staffers discovered a mutual love of 1950’s rock ‘n’ roll and the three chords needed to play it. Surprisingly 3 of those original members are still playing with us. We are 7 in number, 5 guys and 2 gals (the Sensational Shudderelles) and our repertoire are the hits and favourites of the late 50's early 60's featuring songs by such stars as Elvis, Buddy Holly, Cliff Richard, Connie Francis and Brenda Lee plus twangy guitar instruments, smoochy teen ballads and doo wop songs. We also dress in the style of the time with Teddy Boy drape suits and sticky out petticoats for the girls.

The emphasis is on engaging with our audience and having some fun. During the course of an evening we will teach you how to do the hand jive, ride the wild surf and even pretend to be John Travolta and the Pink Ladies.

Over the last year Nark Drool and the Shudders have played at many local festivals and events, including the Strawberry Hill Music Fair, the Twickenham Riverside Festival, Barnes Fair and Richmond May Fair. We have also played the new “Live Room” cabaret suite at Twickenham RFU Stadium and for the second year running the prestigious New Year's Eve Ball at Chelsea Arts Club. In November 2011 we were the featured house band on the live “BBC Children in Need” TV programme from Hyde Park and last year we headlined at the Brightona Festival in front of 30,000 leather clad bikers We are looking forward to repeating the exercise again this year…but this time we won’t be mentioning the Mods and their scooters! Our quiffs could benefit from some additional ‘conking’ but the frou-frou dresses are as spotty as ever and our amps are set to ‘11’. Like Danny and the Juniors we are ready to rock…..

So for a free direct price quote, hit the "Enquire Now" button or why not add the band to your shortlist. 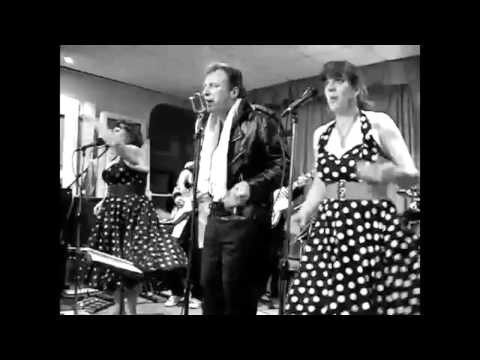 Sorry, Nark Drool & The Shudders doesn't have any photos right now Send us an enquiry and we'll get back to you, or check out the rest of the act profile.

Thanks so much for agreeing to be our house band and being so super, duper professional and collaborating so well with the rest of the on-air team and backstage crew. I'm so pleased I picked you guys and from the start had a good feeling you'd be great and you certainly went beyond all expectations with you fabulous performance, outfits and attitude! Pudsey was very proud to have you on board."Amandeep Banghu, Producer, BBC Children In Need

I sincerely hope you and your fabulous band ALL the success on whatever you turn your hand to next and please feel free to contact me if you're ever need to!Kulwant Sohal, Pan BBC Co-ordinator, BBC London