Have you heard about the UK’s hottest tribute to Little Mix launched in January 2017? Well meet LITTLE MIX MAGIC, an all-singing, all-dancing group of four gorgeous girls set to wow you with their unbeatable show! Based in Glasgow, this group has been created to meet the growing demand for high quality tribute acts covering modern acts still dominating the charts. Little Mix were the winners of the X Factor in 2011 and were the first and only group so far to ever win the competition! Jesy, Leigh Anne, Jade and Perrie are signed to Simon Cowell’s label Syco and as of May this year have achieved three platinum certified singles in the UK.

Since their launch, Little Mix Magic have built up a massive following amongst kids and adults alike. Little Mix fans love their replica costumes, identical choreography and amazing energy they bring to each show. Performed in two 30 minute sets, the show includes all of the original band’s biggest hits including Black Magic, Power and Shout Out To My Ex.

In just two years the band has played in venues such as The Clyde Auditorium, The Mitchell Theatre, The Aberdeen Arts Centre, The Ironworks, Inverness, Carnegie Hall, Dunfermline and are due to play the Albert Halls and Perth Concert Hall in September 2018. They also include Haven Holiday Parks, Glasgow Pride, Manorview Hotel Group, Hard Rock Café and Capital FM in their client list. 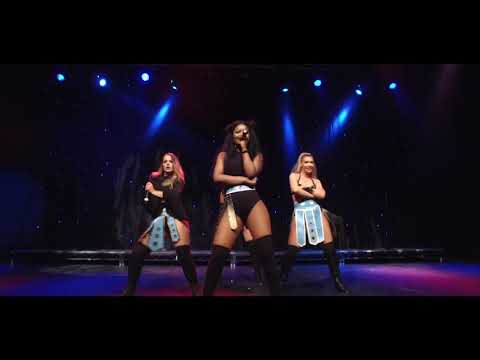 Sorry, we don't have a setlist for Little Mix Magic yet Send us an enquiry and we'll get back to you, or check out the rest of the act profile.

I can honestly say that that service provided by Hireaband, particularly from Gaye, was superb also the act was outstanding! Everyone thoroughly enjoyed it and I would highly recommend 10 out of 10.