Just John & Paul is a Tribute to Lennon & McCartney, performed by two brothers, Dean and Glen.

They grew up together influenced by the Beatles, making them passionate fans. They have both performed as Lennon and McCartney in various bands since 1995 until deciding to go it alone together. 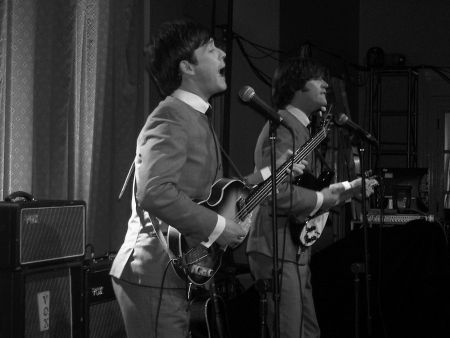 Over the years, they have toured the UK, Ireland and India, including dates at Earl Court, annual Beatles Conventions, Liverpool Town Hall, countless Butlins and Haven holiday parks; you may even have seen them on BBC 1's 'Kilroy' or heard them on various radio programmes!

They've honed to perfection, the live aspect of their show. They even manage to play note for note, exactly what Lennon and McCartney played on record. This is enhanced by their trademark Hofner Violin Bass Guitar and > Length Rickenbacker guitar.

For even more authenticity, the 'fab gear' sound is complete with original 1960's Vox equipment! The amps sound right, they look right and so do the boys in those Pierre Cardin collarless suits and Cuban heeled boots, made to exact specifications.

Anyone else would be proud of what had been achieved so far in getting the sound so close! Well hold on; Dean spent three months in his purpose built recording studio with a replica of Ringo's Ludwig drum kit and George Harrisons Gretch Duojet and 12 string Rickenbacker guitars. He committed to disk, the most authentic backing tracks ever to be heard, further enhancing their sound.

To hear an example of this outstanding tribute, click on the demos or watch the video.

Find out today if the boys are available and get an instant quote and date check. 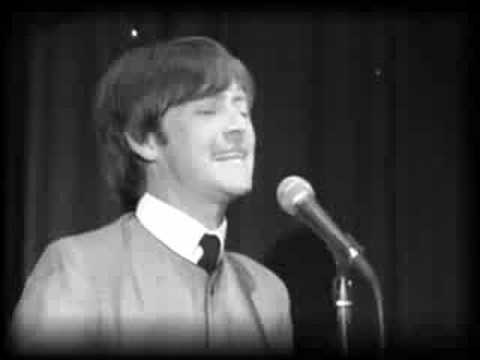 This is just a flavour of the style of music we play. To listen to our demos click/tap the “Tracks” tab
1.All the early and mid Beatles material

Just John and Paul were excellent. Everybody commented on how good they were.
They are very professional and they were the icing on the cake to an excellent day and night.

We have had several Tribute bands at our golf club and Just John & Paul were by far the best and provided a fabulous evening for our members of whom several went out of their way to say how good they were.

Hi Hireaband, Just John and Paul were amazing, all our guests really enjoyed listening to them. Very nice guys to work with - will definitely be booking them again.

Hi Nicola, I just wanted to give you some feedback from our party on the 12th with Just John and Paul.The boys were amazing everyone loved them. They arrived early and were professional in their approach and appearance I cannot say how much they made the night go with the great success that it was. Once again many thanks.