Jennifer Port was booked by Madonna to perform on the harp for her wedding to Guy Ritchie. 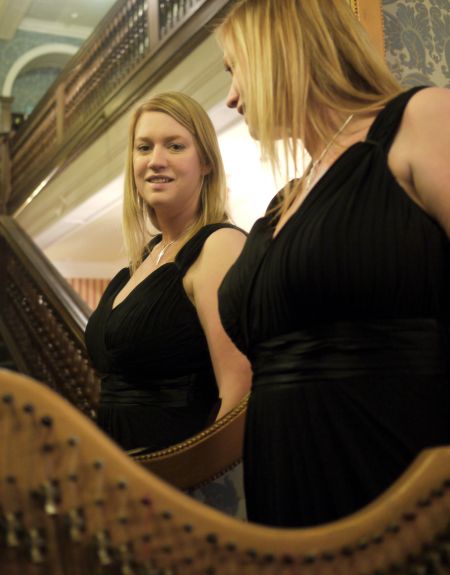 Jennifer was brought up in the far northern village of Golspie, where she first found a keen interest in music. She began learning piano at the age of 8, and from then, went on to learn oboe, guitar, clarsach, cor anglais & singing.

She began learning to play clarsach with the encouragement of an old teacher. She then joined the Clarsach Society & attended tuition weekends & festivals alongside weekly lessons. She participated in various Feisean throughout Scotland & successfully competed in the National Mod for a number of years.

Jennifer has performed at the weddings of Madonna & Guy Ritchie, and Travis guitarist, Andy Dunlop to Jo Monaghan. She regularly plays for leading Parliamentary figures and has played for the Princess Royal and the Duke of York on separate occasions. Other celebrities include: Gywneth Paltrow, Sting, Donatella Versace, Stella McCartney, Trudie Styler, Dame Maggie Smith, Rupert Everett and Fran Healy. She is an ambassador for VisitScotland, promoting their 'Romantic Scotland' campaign

After graduating from the Royal Scottish Academy of Music & Drama with a BA(Scottish Music)Honours in July 2003 having studied clarsach, singing and composition, Jennifer is now a full time, freelance musician, where she performs at wedding and corporate events. The Clarsach is portable and not too large so is ideal for any wedding venue.

Jennifer is available to play at the ceremony during your guests' arrival, the Bride's entrance, the signing of the register, the Bride and Groom's exit, your guests departure. She can also accompany the singing of Hymns. Or, as an alternative, she can play at the reception venue, during drinks or dinner.

For a free quote from Jennifer, Enquire Now button, or why not add Jennifer to your shortlist? 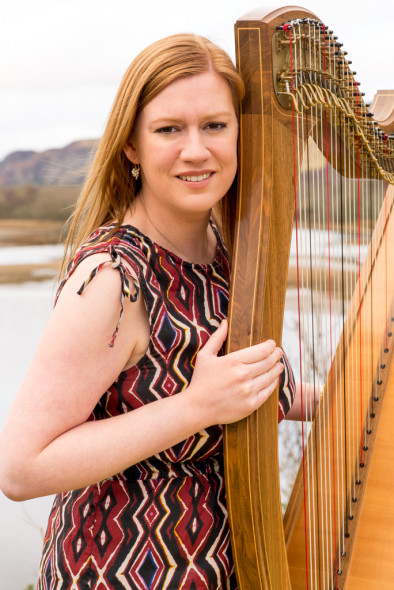 Sorry, Jennifer Port doesn't have any photos right now Send us an enquiry and we'll get back to you, or check out the rest of the act profile.

This is just a flavour of the style of music we play. To listen to our demos click/tap the “Tracks” tab
1.One day like this (elbow)
2.Right here waiting for you
3.Pachelbels canon
4.When you wish upon a star
5.Fields of gold
6.Edelweiss
7.Somewhere over the rainbow
8.Moon river
9.Trumpet voluntary
10.Songbird
11.Braveheart (for the love of a princess)
12.Everything I do I do it for

Jennifer gave us an outstanding walking up the aisle song, which I had requested. Only wish I had got to hear her playing more song as oppose to spending 3 hours having photos taken! Thanks to all at hire a band.