Glenn Macnamara and his band deliver a stunning set of some of the best songs ever written. The show recreates the ambiance, style and class of legendary singers such as Frank Sinatra, Bobby Darin, Nat King Cole, Tony Bennett, Dean Martin, Harry Connick Jr and Michael Buble. Glenn and his band whip up a storm with their fresh look at the greatest songs of The American Song Book.

The trio, quartet, 10 piece and 17 piece Big Band transform any event into a glamorous, unforgetabble occassion.

With over 15 years experience as a professional entertainer, Glenn will add a touch of confidence and class to any event, whether it be your special day, corporate event or private party.

The band has been privileged to perform at venues such as The London Hippodrome, The Manchester Central Arena and The Hotel De Paris, Monte Carlo.

Notable credits include performing for Her Majesty the Queen, playing support for Billy Ocean, Jamie Cullum, The Puppini Sisters and performing on ITV1’s The Alan Titchmarsh Show.

For a free, no obligation tailor made quotation, click Enquire Now or add Glenn to your shortlist of favourites. 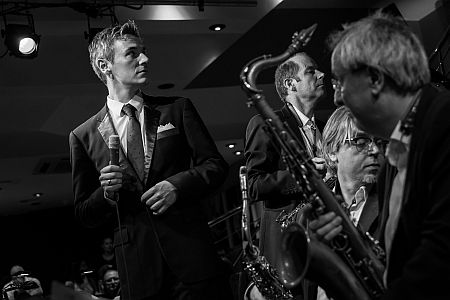 Glenn Macnamara with Hire A Band 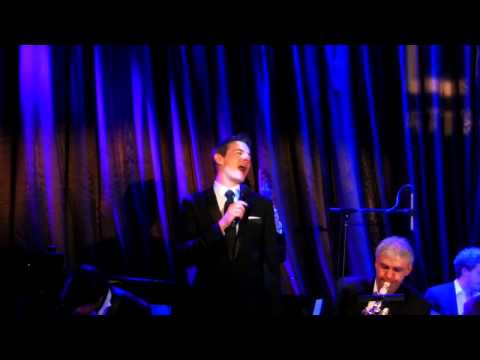 Sorry, Glenn Macnamara doesn't have any photos right now Send us an enquiry and we'll get back to you, or check out the rest of the act profile.

This is just a flavour of the style of music we play. To listen to our demos click/tap the “Tracks” tab
1.A Foggy Day
2.A Nightingale Sang
3.Accustomed to Her Face
4.Ain’t That A Kick in the Head
5.All I Need is the Girl
6.All of Me
7.All The Way
8.Almost Like Being In Love
9.Always
10.Angel Eyes
11.Anything Goes
12.Anytime Anywhere
13.April In Paris
14.Aqua de Beber
15.Aqua de Beber
16.Autumn L

?The best band in the biz? - Tristan Moffat, Qauglino?s, Guanabara, London.?What an amazing night, you made my party very special.? - Martine McCutcheon?Your voice is incredible and your band are outstanding, you had everyone up dancing andmade it the wedding of the century. Everyone is still talking about it. Your charm andcharisma had the ladies swooning and the guys dying to meet you. Thank you so much.? -DJ Loco Dice, Ibiza."Unmissable" - The 606 Club, London"Amazing young talent" - The Guardian