He is young, he has the looks, the eyes, he wears the clothes, he sings and plays the guitar – stop here, Lee Jackson is… the Young Elvis you been looking for. Lee Jackson, as Elvis Presley has something a lot of Elvis impersonators do not have… the looks! Lee Jackson causes a stir wherever he goes in or out of character and people just cannot believe the natural resemblance to the king himself. Don’t be fooled by other Tribute acts using photo shopped images and in some cases, artist impressions of themselves, lee’s pictures are 100% real!! most clients say lee looks even more like elvis in real life than his pictures.

Lee Is Available, Playback (with backing tracks) or with his Live band, you can also add on the 4 part harmony group the roomates.

Add the looks to his speaking and singing voice and Lee Jackson is the ultimate Elvis tribute act.

Lee had been used to record Elvis speaking audio books and voice overs, he has even been used to play an acting role as Elvis Presley in a movie called Elvis and the tv soap Heartbeat. 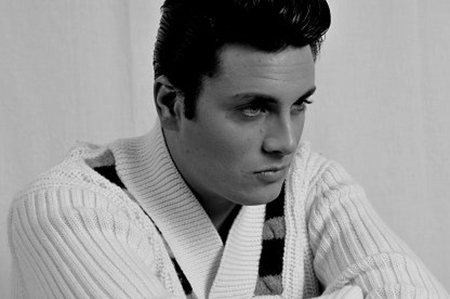 Lee has appeared on many TV shows, including Heartbeat the Elvis Special on The Weakest Link, Never Mind the Buzzcox, BBC Children In Need, Celebrity Scissor Hands, day break, Sky News and more.

Due to Lee Jackson’s demand, taking part in some of the unpaid Elvis and tribute competitions is not an option for Lee. also we feel there are so many of these Events, that there must be over 200 so called best Elvis tributes in the world? our feelings are the best Elvis in the world is Elvis Presley, So we like to stay clear of this ,although we are sure these events are fun to attend as a Elvis fan.

Lee is available for meet-and-greet services as he is a lookalike as well as tribute artist. Here he will stay in character and mingle with your guests with his usual Elvis wit and charm.

He can serenade the women (or men who usually like to sing along!) with his replica acoustic guitar as he does his walkabout if requested. 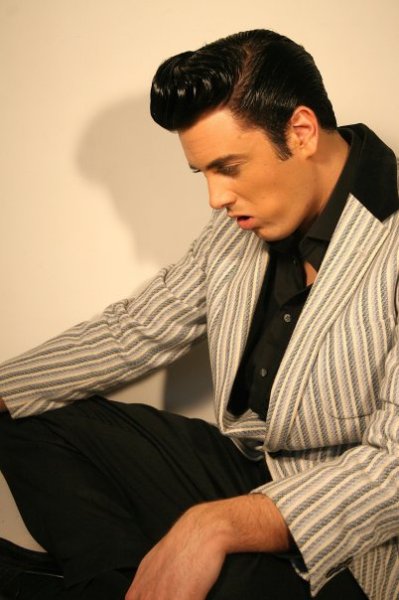 Lee can perform up to a 2 hour show, starting from the early Sun Record days, up to the highlights of Elvis’ career, including the famous “68 Comeback” show. Lee has a replica 1968 black leather suit to make it even more authentic.

Lee sings all the Elvis hits , including all the favourites, and these can be chosen by the client to suit there show if needs to be.

To find out more about all the shows Lee can provide Enquire Now or add him to your shortlist. 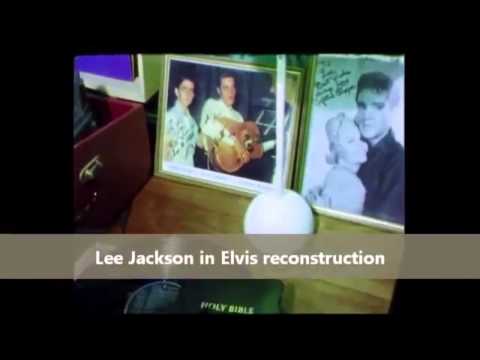 Sorry, Elvis By Lee Jackson doesn't have any photos right now Send us an enquiry and we'll get back to you, or check out the rest of the act profile.

Sorry, we don't have a setlist for Elvis By Lee Jackson yet Send us an enquiry and we'll get back to you, or check out the rest of the act profile.

Lee and his band were simply fantastic. They were friendly, professional and above all hugely entertaining. Every single wedding guest was on the dance floor, some never left! Lee was excellent as Elvis and his band sounded amazing. We are extremely grateful for how easy they made the whole evening. All we did was point them in to the room and they set up quickly with minimal fuss. They then played a set that will always be remembered by our guests. I couldn?t recommend them highly enough and hope to have the pleasure of seeing their act again soon.Mark Dempsey, Wedding Event, Kent

WOW. This guy and his band are classy and incredible. Lee totally blew our guests away at our wedding reception party. Some got up and danced, some sat down in pure amazement of his looks and his sound, he even talks like Elvis. Some of my older guests said it was like stepping back in time. Lee as a guy is so down to earth to talk to, really nice guy. The DJ said it all at the end of night. ?Ladies and Gentleman give a cheer for Lee, that is the best Elvis tribute I have ever seen?. Echoed by our guests and might I add some people who weren`t Elvis fans beforehand, are now.Ben Aldridge, Wedding

Lee was brilliant, he arrived on time and set-up quickly. He certainly looked the part, everyone was so excited about hearing him sing and we weren?t disappointed. He was absolutely brilliant, he had the moves, his voice was spot on, and all the girls were talking about him! He made our wedding reception one to remember.Tessa Milton, Wedding Event, Surrey

I booked Lee for my husband?s 40th fancy dress surprise party. From start to finish the booking process was very efficient and a couple of week?s before Lee?s manager called me to ensure that everything was OK. When I met Lee on the night of the party (he had arrived a couple of hours earlier to set up) the first thing I thought was how gorgeous he is and how much like Elvis he looks like! The second thing I then noticed was actually how down to earth and thoroughly lovely he was to talk to. We decided to keep him as a secret so he very patiently waited next door hidden away for another couple of hours! When he finally did his set he was so professional and has a fabulous voice. All my guests loved him! He did the 68 come back special set. I have to say I only had him for 1 hour but wish he?d been on much longer. He was everything I?d hope for when hiring an Elvis and he was worth the extra cost. Young, handsome, funny, very professional and best of all really personable so happy to mingle with guests after for photos. Lee you are a true legend! Thank you for making my husband?s party the best it could have been. You are a 10 out of 10!! Can?t wait to come to one of your gigs and maybe get a chance to chat to you some more about Memphis!!Sue Manser, Birthday Party Event, Hertfordshire

The booking process was simple and easy. Lee?s manager contacted me 3 weeks before to confirm the details. I also sent a mail to him to confirm that we had planned a 50?s theme and we were keeping ?Elvis? a secret. Lee kept out the way for us until he came on stage and surprised all the guests. The performance was superb, right from the start people were up dancing and getting into the swing. Lee must be one of the best young ?Elvis? impersonators there is, he completely lived up to our expectations and everyone thoought it was a brilliant night. There were many ?swooning? ladies and in fact probably some fella?s too! We are so happy that we booked Lee and the band, it was tremendous and very authentic. I would not hesitate to recommend Lee for any function, but for our wedding he made the evning, especially with our 50?s theme. He even allowed me as the groom to get up and play harmonica for a track, link here, http://www.youtube.com/watch?v=AvIb54iLe8s. Great night was had by all, many thanks.Andy Morton, Wedding Event, Kent

Hi, I just wanted to let you know how amazing we all felt Lee was. He performed an excellent routine and demonstrated an incredible talent. His physical appearance also captured the essence of the younger Elvis to perfection. Off stage he was extremely courteous and humble and we would like to thank him for his patience with taking photographs with our guests. Most importantly for me, my sister whose birthday it was, was bowled over ? especially as we kept his performance as a surprise.Thank you also for the professional and efficient way you handled our booking from the start ? we will not hesitate to recommend both Lee and your company to other people. Jen and Alan, Wedding Hi Mark, Further to our phone conversation, I just wanted to drop you, Lee, and all the guys a quick email just to let you know how much EVERYONE enjoyed the performance. The guys went above and beyond the call of duty. I have no idea how they managed to convey so much energy and excitement after the very long trip they suffered to get to us. The music, vocals, energy EVERYTHING that they brought to our wedding far surpassed my greatest expectations. The entire village is still abuzz about the night Elvis came to town?even the girls in the hotel called me to convey how nice the guys were during their stay! By far, it is the BEST money I?ve ever spent. My photographer has also taken some AMAZING photos of the band which I will forward on ASAP; feel free to use them as you will. I cant thank you all enough? I?m already saving up for our next event, repeat performance maybe? ;o)Lisa, Birthday Party