Scotland's only Take That tribute band. Up there with the very best in Britain.

Up until now, if you wanted to hire a Take That tribute band to perform in Scotland, you'd have had no choice but to use one of our fantastic bands from England.

But now, ladies and gentlemen, but mostly ladies, we are proud to announce our appointment as agents for the long awaited Scottish Take That tribute - Could it be Take That!

The band was put together by Scotland's premier production company F3 which means you can expect the very slickest, best rehearsed and most polished show that money can buy.Â  No need to go to London for a Take That tribute when you can have one of the UK's best based right here in Scotland.

We've been taking bookings for Could it be Take That every single day since the band was launched. We've rarely seen anything like it. Please don't take any time on this if you're looking for a top notch Take That tribute without having to pay the travel costs from London.

Could It Be Take That - probably the most popular tribute band in Scotland and soon....the UK!

Get an instant price and date check online now! 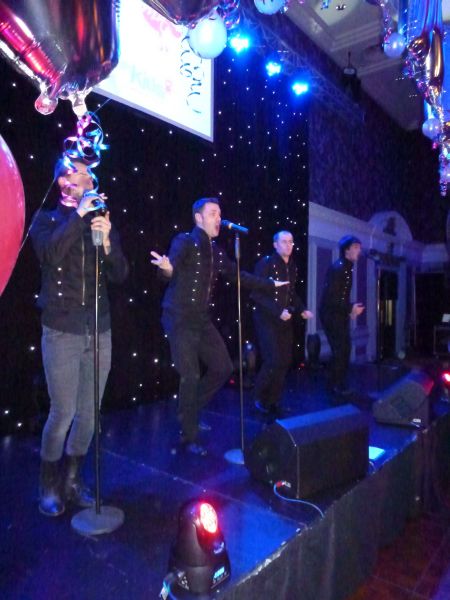 Sorry, Could It Be Take That doesn't have any photos right now Send us an enquiry and we'll get back to you, or check out the rest of the act profile.

This is just a flavour of the style of music we play. To listen to our demos click/tap the “Tracks” tab
1.Every Take That hit you could wish for!

View your wishlist (0)
Could It Be Take That

i would just like to say massive thank you. Our Take That night was amazing. The guys were so helpful and 100% best tribute we have had. Highly recommended to everyone.

The band were brilliant and we will be booking them again for next year!

The service we received from the moment we sent an enquiry up until the day of the booking was excellent. The guys Could It Be Take That were AMAZING! They had everybody up dancing and involved in the whole show. I will most definitely be booking them again

The Boys gave us a fantastic night on Friday. The audience were made up for a wide age range, but the feedback I have had from everyone has been nothing but positive. We will definitely be looking to book them again in the future.

Could it be Take That certainly entertained Cruden Bay Golf Club on Friday 1st March - Well done Boys, definitely be booking you again in the future! Thank you!

Could It be Take That

The band were absolutely superb and made the party very special. The feedback from all the guests was excellent and everyone loved them.David Smith - Western House Hotel - Surprise Birthday Party

The disco and band were fab. The boys were great and when they finished they danced with all the girls till the disco finished. I would definetely book them again!Celtic Supporters Club, Irvine.