Birmingham based acoustic guitarist and vocalist Benjamin is an award winning Singer/Songwriter and Multi instrumentalist from the West Midlands who has supported the likes of Eric Clapton, John Mayer, The Block heads, Ellie Golding ,The Christians, Biffy Clyro, and Mark Knofler to name a few. 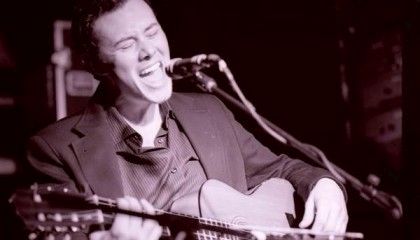 Benjaminâs solo show is a finely put together mix of modern covers, Flamenco, nu soul, and alternative folk. His versatility allows him to easily switch between performing popular covers from various artists, such as The Police, Jack Johnson, Chris Isaak, Jason Mraz, Take that, Stevie wonder and The Beatles to classical and Spanish Rhythm Guitar.

Ben is just as comfortable performing at small intimate venues and parties as he is to performing live at Football stadiums and arenas of over 36,000 people. 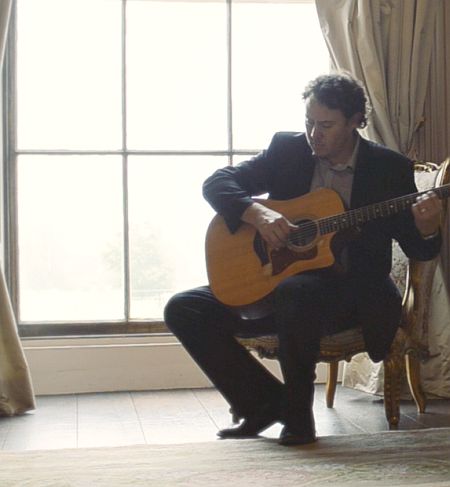 Ben also uses state of the art technology in the form of the Boss loop station and performs multi ensemble work with Acoustic and Electric guitars, bass guitar and multiple harmonies for creating live contemporary sound-scapes incorporating flamenco grooves and funky bass lines which create a modern and sophisticated backdrop to any event.

Sorry, Benjamin Parker doesn't have any videos right now Send us an enquiry and we'll get back to you, or check out the rest of the act profile.

Sorry, Benjamin Parker doesn't have any photos right now Send us an enquiry and we'll get back to you, or check out the rest of the act profile.

Sorry, we don't have a setlist for Benjamin Parker yet Send us an enquiry and we'll get back to you, or check out the rest of the act profile.

We had Benjamin Parker play at our wedding on Saturday and we'd just like to let you know he was fantastic !! His faultless performance and his professionalism was a credit to him and yourself and everyone at the wedding both Lisa and myself spoke to said how great he was .

?Benjamin Parker has been an integral part in creating an effective pre-show experience for our customers at the LG Arena. His numerous performances in Forum Live have always been of the highest quality and he has never failed to draw in a large and captivated crowd with his unfaltering vocals and remarkable guitar playing skills. It's not only Ben's musicianship and ability to delight an audience that have had us book him over and over again, it's also his professionalism and versatility when tailoring his sets to certain audiences. Not many artists could perform a set before both a Red Hot Chilli Peppers show and an Andrea Bocelli show and still have the crowds as entertained as Ben has. When it came to choosing an artist to take down to the Savoy in London for our annual 'Promoters Lunch', Ben was the undisputed choice to play in front of our most important clients and everyone came back from that event raving about Ben's performance.? Charlotte Smith - Sales Executive at The LG Arena, The Nec Group.

?I recently used Benjamin Parker for a Corporate Networking Event, pitching the entertainment at the right level was critical and Ben did this perfectly! I would definitely recommend Ben and would definitely use him again! Thank you Ben!?

?Benjamin Parker is a fantastic multi instrumentalist who is as at home playing and singing to vast crowds or hosting a successful event as he is navigating a modern recording session. His knowledge of music genres is exemplary, and he is a beautiful, exceptional human being with high moral codes. It's a real pleasure to know him and his music?

?I've know about Benjamin Parker since he popped up on a project I ran in 2009/10, documenting local musicians for the British Library. The project was curated by local music industry professionals, and Ben's contribution was an outstanding intelligent piece. Since then I've watched him perform in a range of line-ups. In addition to being and exceptionally able and knowledgeable musician, it's clear to me that he understands audiences just as well as he understands the musicians he works with.

Had a great time on my birthday! Ben was great, just what I was after! Loads of people commented on how good he was so please pass on my thanks! Kind regards, Charlie

Just back from 2 weeks in Mexico! Ben was brilliant, many of our guests commented on how good he was. Feel free to add my comments to Bens page as, honestly, he is great!! Thanks again for everything! xx