Niqi began performing her now legendary Tina Turner tribute because of her mum's encouragement! We'd like to thank Niqi's mum for this splendid idea, as would all of Niqi's many very happy clients. The Tina Turner show by Niqi Brown is now regarded as Simply the Best tribute of it's kind available today. 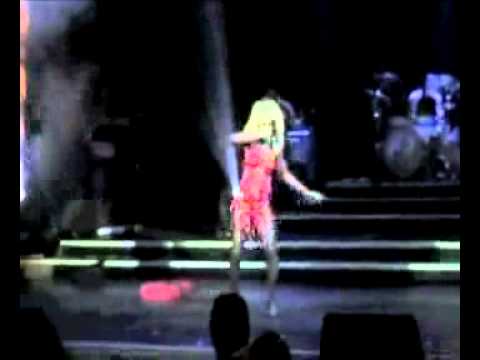 Sorry, Tina Turner by Niqi Brown doesn't have any photos right now Send us an enquiry and we'll get back to you, or check out the rest of the act profile.

This is just a flavour of the style of music we play. To listen to our demos click/tap the “Tracks” tab
1.Every major Tina Turner song you can think of !

Described as a taste of Tina, Niqi Brown is more like a huge bite of the iconic performer. So full-on Tina, she is a bit scary at first. It may be my imagination but the hairdos sported by Tina tributes seem to get bigger every year. Soon they'll be performing on their own. But Brown has a strong, booming voice, a physique that you could only marvel at and a full-on performance style that would leave Ms Turner herself breathless. All the old standards were performed - audiences wouldn't have it any other way - with such infectious energy that even non-TT fans couldn't help but be impressed by Brown. She's certainly a head turner.

EXPERT CHOICE - Sid Simms from Explosive Productions choose Niqi Brown... Quirky singer Niqi Brown is simply the best Tina Turner tribute I have seen. It should also be pointed out that, away from the tribute scene, this Leeds-based artist is busy in both the recording studio and as a backing vocalist for some huge stars. Taking care of business in the lucrative tribute market, Brown will have made many new friends here and seldom have I seen a tail feather being so exuberantly shaken!