A fantastic tribute to the magic of Sir Elton John. This is probably the closest tribute to the great man that your guests or clients will ever see! As seen on Richard & Judy on Channel 4, Bravo TV and Living TV. Also as heard on BBC Radio 2.

The Elton Experience is a complete show with superb costumes, music and computerised light show. Available with a white baby grand piano, backing band and singers for large events or as a completely self contained one man show with stage and dance floor lighting plus state of the art amplification. Also available with The Billy Joel Experience.

Graham Nash has an obvious respect and affection for Elton John. His enthusiasm and downright enjoyment of his work helps create that feel good factor present in Sir Elton's own shows. We enjoy the positive feedback we get from our clients regarding Graham's tribute. This is a stand out tribute which we're sure you'll enjoy.

"The Elton Experience is an accurate tribute and within only two songs Graham Nash demonstrated the remarkable range of Elton John's work, rock one minute, tender balladry the next!"

Here's an image of The Elton Experience performing at Wembley Stadium at a gig booked by Hireaband in June. 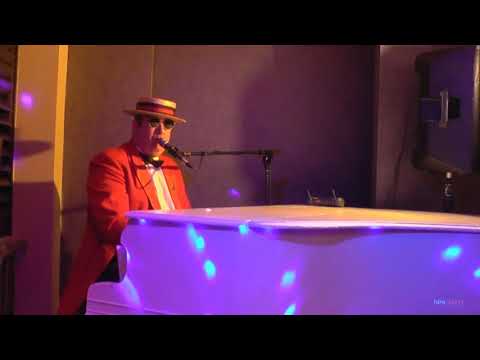 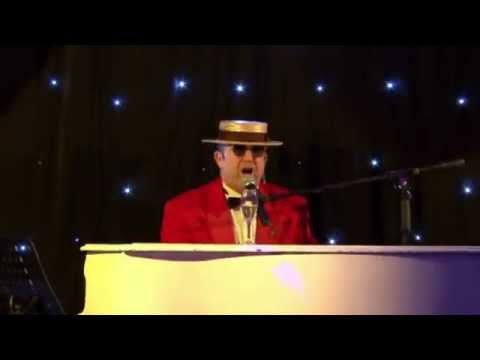 Sorry, The Elton Experience doesn't have any photos right now Send us an enquiry and we'll get back to you, or check out the rest of the act profile.

This is just a flavour of the style of music we play. To listen to our demos click/tap the “Tracks” tab
1.Can You Feel The Love Tonight
2.Crocodile Rock
3.Daniel
4.Candle In The Wind
5.Nikita
6.Your Song
7.Song For Guy
8.Tiny Dancer
9.I'm Still Standing
10.Blue Eyes
11.Saturday Night's Alright
12.Circle Of Life
13.Don't Let The Sun Go Down
14.Guess That's Why They Call It The Blues
15.Philadelphia Freedom
16.Pinball Wizard
17.Rocket Man
18.Sacrifice
19.Island Girl
20.Honky Cat
21.Sad Songs (Say So Much)
22.This Train Don't Stop
23.Turn The Lights Out
24.Electricity
25.Tinderbox and many more

View your wishlist (0)
The Elton Experience

Del, Just a note to let you know that Graham (The Elton Experience) arrived safely and that his performance exceeded all our expectations. He wrapped the audience around his finger, and had people up and dancing who had never danced in their lives. Some guests stated that it was the best night out of their lives. In short, it was a memorable success and he is a really nice chap too. Thank you for introducing him to us. Best regards,

The Elton Experience is an accurate tribute and within only two songs Graham demonstrated the remarkable range of Elton John's work, rock one minute, tender balladry the next!

Dear Hireaband, Graham was a pleasure to work with and was extremely well received by all of our members. I would gladly hire him again.