Gary Moir bears an uncanny resemblance to his childhood hero Billy Connolly. But the similarity doesn't end there. The voice is difficult to tell from the real thing and the comedy is as hilarious and delivered in the same irreverent style as that made famous by The Big Yin himself.

Moir's background also bears an eerie similarity to the real thing. A failed Clyde side welder in a band becoming more and more popular for the comedy content of the show eventually leading to a full time career in comedy. You'd be forgiven for thinking we're making this up. Enquire Now 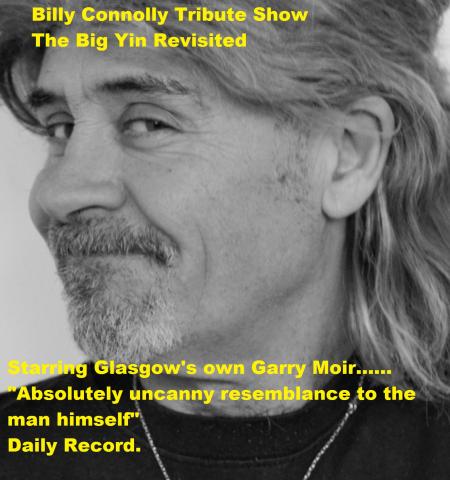 Not so...see the show and you'll be astonished. Gary doesn't rehash old Connolly material - he delivers fresh, original comedy in the same style as The Big Yin with the same energy and approach.

You may catch some of Connolly's songs in Gary's show - they're essential classics - but the rest is pure Connolly....sorry Moir....or is it Connolly...och see the show and you'll see what we mean. Enquire Now

Here are some technical details: The show lasts up to 75 minutes - comes completely self contained with lights and PA and can include some live music or a disco if required. So there you have it, a full night's entertainment from one of the best tributes in the world to the world's funniest man. Enquire Now

If you want to watch this clip watch out for some strong language! 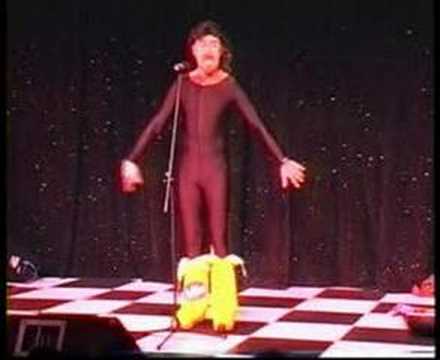 Sorry, The Big Yin Revisited doesn't have any photos right now Send us an enquiry and we'll get back to you, or check out the rest of the act profile.

This is just a flavour of the style of music we play. To listen to our demos click/tap the “Tracks” tab
1.Not Applicable

The man behind The Big Yin Revisited is certainly the most committed and accurate comedy tribute impressionist I have ever seen. Billy Connolly has to be one of the greatest stand-up comedians on the planet and recreating the style and substance of the Scot is a brave feat indeed. But the Showcall faithful audience howled with laughter and the interest generated by The Big Yin Revisited was sure to considerable.